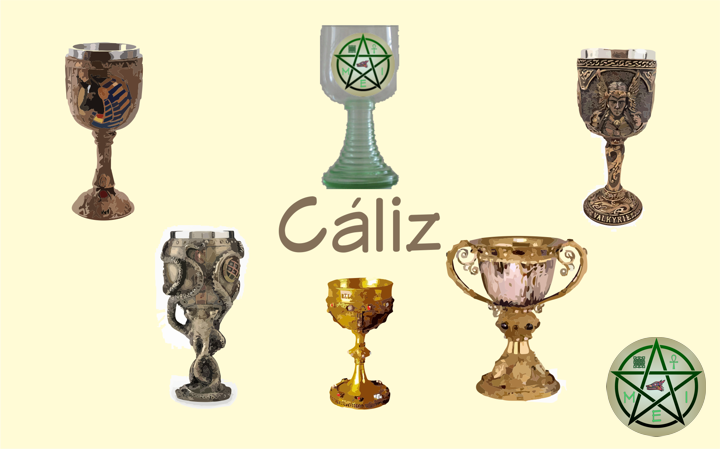 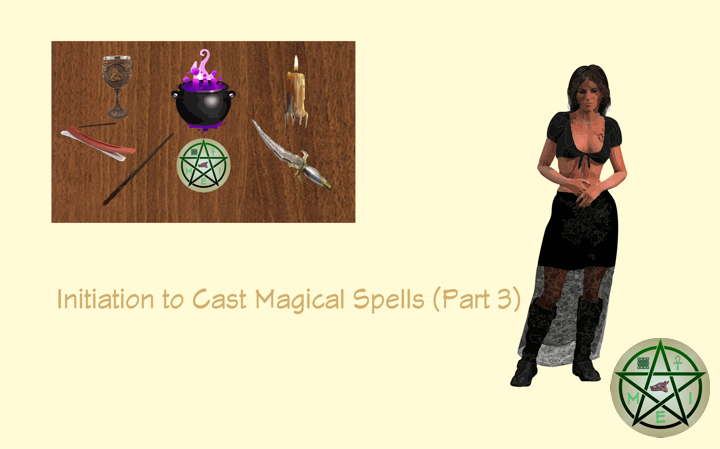 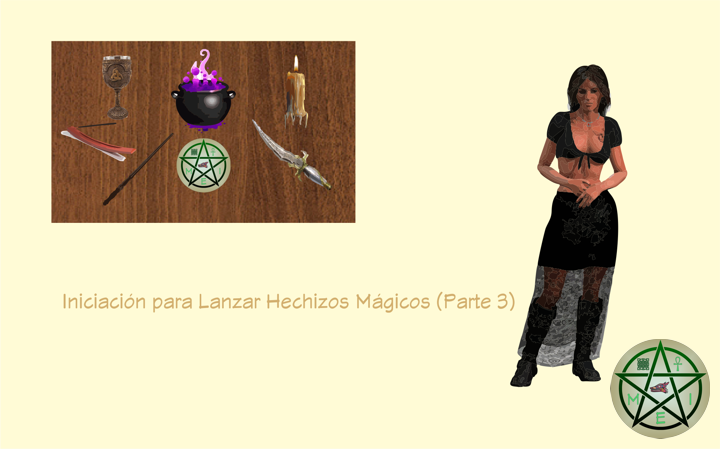 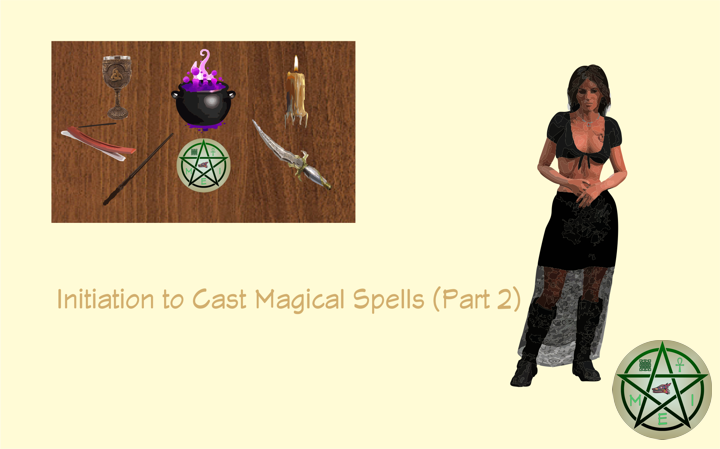 On the altar you place your special magical tools that you will need for the ceremony. Normally on the left side are placed the tools that are related to the female side of the universal soul. I normally place a red crystal cup or chalice filled with wine as an offering to the universal soul, a small bell, a small container of salt, and my cauldron. On the right side are place the tools associated with the male side of the universal soul. I place my athame, my magic wand, my grimoires, some cleaning incense and whatever incense I will use for the ceremony.

I also normally place magical objects that have special meaning to me to aid me in concentrating like some stones or crystals, a pendulum, a sickle, a small crystal bowl with seeds in it depending on the type of spells I will cast. If I work alone I will place my own ceremonial candle on the right side of the altar, and if I will work with my High Witch she will place hers on the left side.

In between there will be a special candle for the ceremony. Before the ceremony I normally print a list of all the spells I will be doing and of all the ingredients I need for them. I will select the main candle to better fit the purpose of the ceremony. I then assemble all of the ingredients on the altar or in a drawer beneath the altar. Herbs and similar things are measured beforehand and place in small dished on the altar. I normally place a plate on the altar with some cake with honey to help in recuperating my energy at the end of the ceremony, and to leave as an offering to the universal soul. 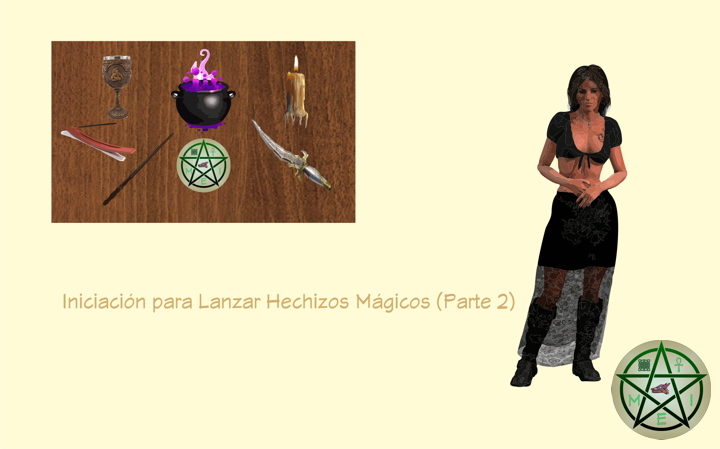 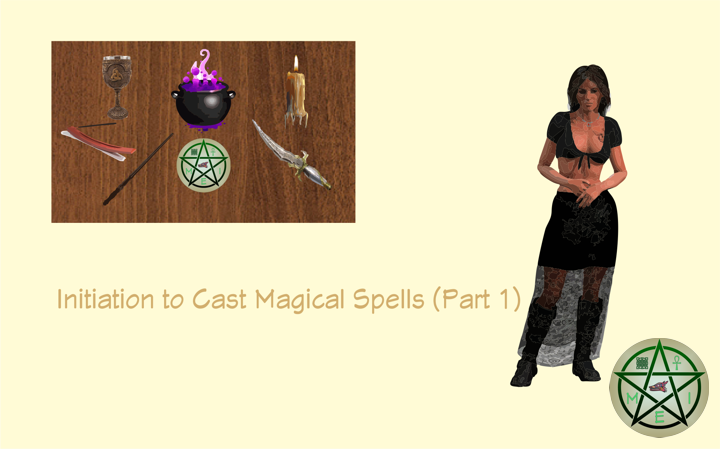 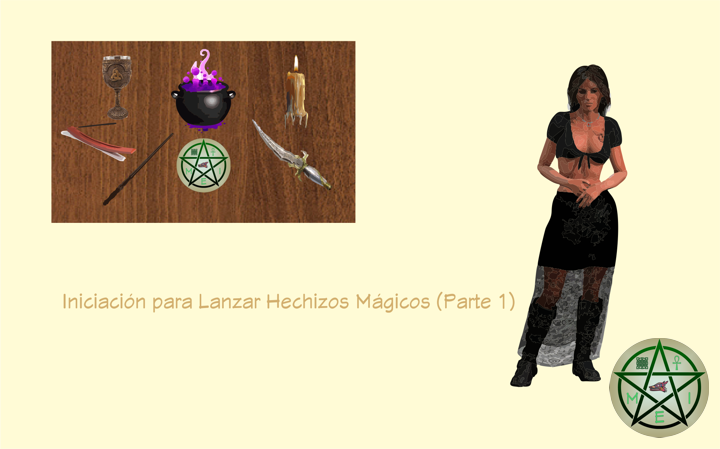 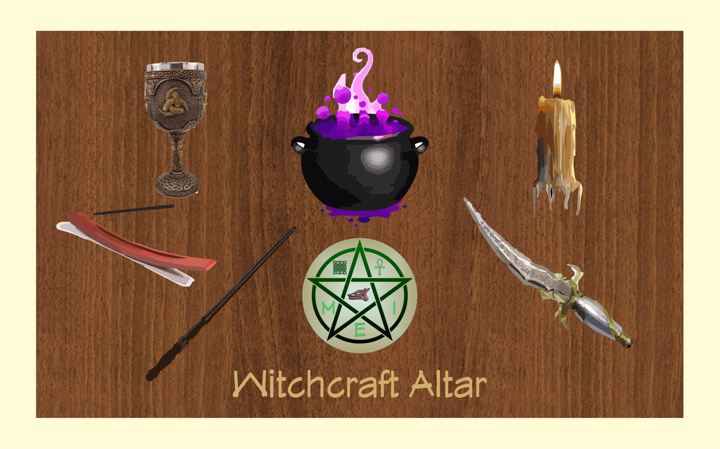 An altar is a structure upon which offerings such as sacrifices are made for religious purposes. Altars are found at shrines, temples, churches and other places of worship. They are used particularly in Pagan, Christianity, Buddhism, Hinduism, Judaism, Modern Paganism, and Witchcraft. Many historical faiths also made use of them, including Witchcraft, Roman, Greek, and Norse religion.

Personal altars are those placed in a private bedroom, closet, or other space usually occupied by one person. They are used for practices of piety intended for one person.

A Witchcraft altar is a raised structure or place used for worship or prayer, upon which a Witchcraft practitioner places several symbolic and functional items for the purpose of worshiping the God and Goddess, casting spells, and/or saying chants and prayers. There are many types of altars Witchcraft may choose to use during ritual. Depending the rite they are performing, the material used for their altars may vary. This is because in many circles, different types of wood are believed to carry certain magical qualities. The altar is often considered a personal place where practitioners put their ritual items.

Some Witchcraft arrange their altars to represent all four elements and directions. In the North the earth element is represented; in the east is air, in the south is fire, and in the west water. These elements can be represented in various ways, but generally do not vary in elemental and directional correspondences. When placing items on an altar or when a practice involving inviting the elements to be a part of the circle and lend their power a practitioner will move clockwise and when dismissing the elements they will move counter-clockwise. 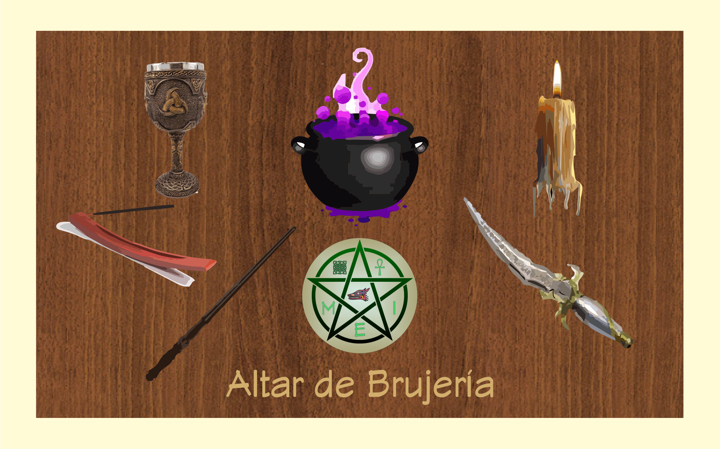